All the latest News from Thameside Fire Stopping 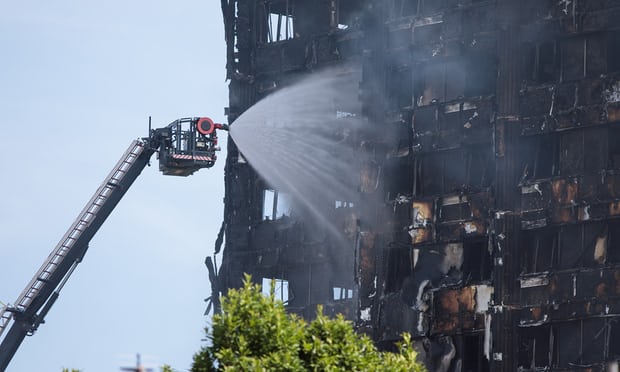 “A disaster waiting to happen,” is how the architect and fire expert Sam Webb describes hundreds of tower blocks across the UK, after the fire at Grenfell Tower in Kensington that has left at least six people dead. “We are still wrapping postwar high-rise buildings in highly flammable materials and leaving them without sprinkler systems installed, then being surprised when they burn down.”

Webb surveyed hundreds of residential tower blocks across the country in the early 1990s and presented a damning report to the Home Office, which revealed that more than half of the buildings didn’t meet basic fire safety standards. He said: “We discovered a widespread breach of safety, but we were simply told nothing could be done because it would ‘make too many people homeless’.

“I really don’t think the building industry understands how fire behaves in buildings and how dangerous it can be. The government’s mania for deregulation means our current safety standards just aren’t good enough.”

Webb advised the legal team for the families in the case of the last major tower block blaze in London, in July 2009, when a fire raged through Lakanal House, a 14-storey block built in 1958 in Camberwell, south-east London. Six people were killed, among them two children and a baby, when a fire caused by a faulty television in a ninth-floor home gutted the building.

An inquest into the deaths found the fire spread unexpectedly fast, both laterally and vertically, trapping people in their homes, with the exterior cladding panels burning through in just four and a half minutes. As with Grenfell Tower, the official advice was for people to remain in their homes in the event of a blaze. The inquest concluded that years of botched renovations had removed fire-stopping material between flats and communal corridors, allowing a blaze to spread, and that the problem was not picked up in safety inspections carried out by Southwark council. The council was investigated over possible corporate manslaughter charges, but eventually fined £570,000 under fire safety laws.

Fire safety in UK buildings is governed by part B of the Building Regulations, a document that has not been subject to an in-depth review since 2006 (by contrast, other parts are reviewed every two years). A 2015 survey by the Fire Sector Federation, a forum for fire and rescue organisations, found that 92% of its members believed the regulations were “long overdue an overhaul”, claiming that they do not reflect today’s design and construction methods and that research underpinning the guidance is out of date. The coroner in the Lakanal House case also called for a review of part B, as the evidence pointed to a risk of further deaths in the future unless changes were made, with about 4,000 tower blocks in the UK remaining subject to outdated regulations.

Arnold Tarling, a chartered surveyor at Hindwoods and a fire safety expert, says the elephant in the room is the flammability of insulation panels that are being used to clad postwar buildings to bring them up to date with today’s thermal standards. A recent £8.7m refurbishment of Grenfell Tower saw the building clad with “ACM cassette rainscreen” panels, an aluminium composite material covering insulation panels, which could have caused the fire to spread more quickly up the facade of the tower.

Story courtesy of The Guardian – Link

Tweets by ThamesideFS
We use cookies on this site to enhance your user experience By clicking any link on this page you are giving your consent for us to set cookies.